Bitcoin hit an all-time high, and the miners made a profit! Inventory of 10 major events affecting the mining circle this year

Suddenly, it was the month of year-end summary.

The Oxford Dictionary, one of the most comprehensive and authoritative English dictionaries in the contemporary era, publishes its annual vocabulary every year. But this year, it has said that it has never selected a suitable word to describe 2020. From the COVID-19 pandemic at the beginning of the year to the bushfires in Australia. From anti-ethnic demonstrations in the United States to the US election, there have been so many things worth remembering in 2020. 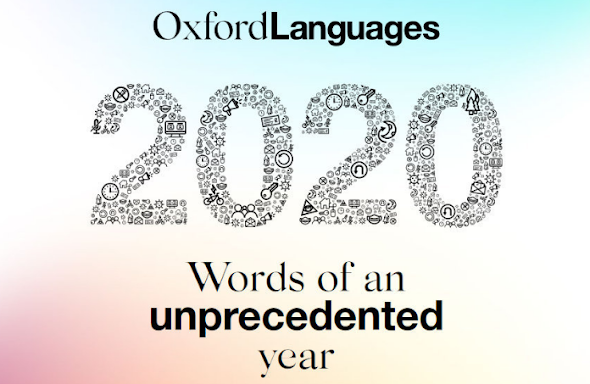 In the blockchain industry, there have also been many major events in 2020 that deserve careful review in the future. In today's article, Zeus will first lead everyone to take stock of 9 things that have a relatively large impact on the group of miners.

Under the combined effect of multiple factors such as the COVID-19 pandemic, high leverage, and the death cycle of Bitmex exchange technology, BTC suddenly plummeted from 7934USDT to below 5000USDT on March 12, and the currency price continued to drop the next day, with the lowest falling to 3782.13USDT. 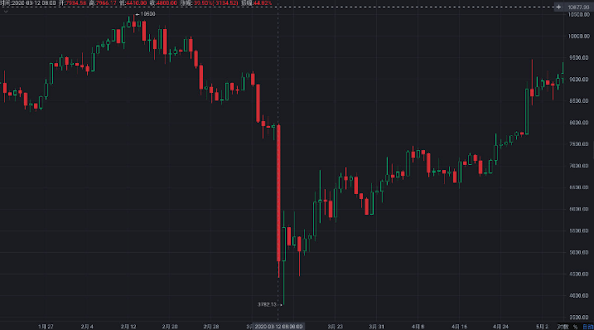 The plunge of the BTC price dragged down the entire crypto market. In just a few days, the value of the whole cryptocurrency market lost more than 100 billionU.S. dollars.

For miners, the 312 Plunge not only led to the shrinking of crypto assets in their hands but also caused a large number of S9 and other old mining machines to shut down, and Bitcoin's entire network computing power fell from 110E to a minimum of 85E. On March 26th, the difficulty of Bitcoin mining dropped by 15.95%. At that time, this reduction could rank second in Bitcoin history.

The biggest revelation of the 312 Plunge to miners is to use on-site leverage carefully. Borrowing money for mining can indeed make money and earn coins, but the money must come from off-market. Because of the 312 black swan market, even if it is double the leverage in the market, it can explode cleanly.

Mining machines are like hens that lay golden eggs, continuously bringing "after-sleep income" to our miners.

Because of the 312 Plunge and the low currency price, Bitmain directly delayed the announcement of the price of the Ant S19 mining machine for a week. In the "B.TOP Press Conference and Interview with Miners in the World" held by Zhikuang University, Lebit founder Jiang Zhuoer analyzed:

This mining machine has very little moisture and is basically at a relatively low price. At this time, buying this mining machine for mining and gradually reduce costs through mining output, it is easy to make yourself invincible.

The first batch of S19-95T mining machines is May futures. When the B.TOP platform under Lebit goes online, the price is 15,295 yuan (200 yuan cheaper than the official website). Looking back now, if I bought the S19 mining machine in Bidou at that time, it would be a very successful mining investment.  In the year, the production capacity of mining machines is generally insufficient. And it is difficult to find a machine. Bitmain's S19 futures mining machine will be sold until August 2021, and the price for major customers is as high as 13,770 yuan. 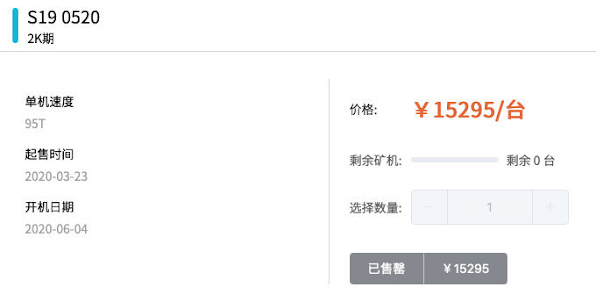 Picture: Antminer S19, which was launched on the B.TOP platform in March this year

On April 8th this year, BCH took the lead in halving the mining output, and the block reward reduced from the previous 12.5BCH to 6.25BCH. When BCH mining output has halved while BTC has not yet halved, just as the science popularized by the University of Mining and Technology, BCH has not entered a death spiral.

On May 12th, Beijing time, the Bitcoin block reward was also halved as scheduled.  After the halving, Bitcoin's annual inflation rate fell from 3.7% to 1.8%, which is lower than the 2% inflation target designed by most central banks for fiat currencies.

This year, the term "park electricity" has entered the field of vision of many miners.  Park electricity refers to the electricity in the hydropower consumption industry demonstration zone in Sichuan Province. Because this electricity is consumed in the government-planned industrial park, it is commonly known as park electricity.

This year is the first year that Sichuan Province has implemented park electricity.  Compared with direct power supply, the park has the following advantages:

(1) The park's electricity comes from the National Grid, which has better stability.

(2) The price of electricity in the park is transparent, and the cost structure is also very clear and transparent.

(3) The park electricity is safer.

For the mining industry, the emergence of park electricity has promoted the standardization and transparency of mining activities, allowing miners to use more stable and compliant electricity and also promoting the consumption of local surplus hydropower.

At the end of May and early June this year, the decentralized lending platform Compound fired the first shot of Defi liquidity mining, and the price of its token COMP rose to a maximum of 372.27 US dollars. The success of Compound has injected new vitality into Defi, and more and more projects have introduced similar liquidity mining incentives.

Liquid mining does not need to purchase mining machines, select mining farms, or deploy mining pools. You only need to deposit the corresponding tokens in the Defi application to participate in mining. It is simple and convenient, and the annualized rate of return is as high as 100% when it is popular.

However, after a short-term madness, and the prices of many tokens went all the way and even went straight to zero. In the end, we found that it was us classical miners who had the last laugh because the popularity of Defi caused congestion on the Ethereum network, and the gas price soared. During that time, the revenue of our graphics card mining machines was more than three times as usual. 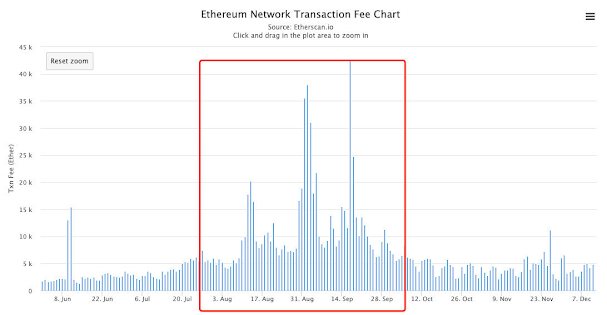 Figure: The fee income of the Ethereum network, the red box is the hot period of DeFi.

On October 16 this year, the mainnet of Filecoin, a storage public chain project that was postponed for more than two years, was finally launched. On the eve of the main net launch, the officially announced FIL pre-staking rules were too strict, which caused dissatisfaction among miners. After some games, Filecoin officials finally made a compromise.

After more than two months of development, the effective computing power of Filecoin's entire network has reached 1.476 EiB, and the number of active miners has reached 836. 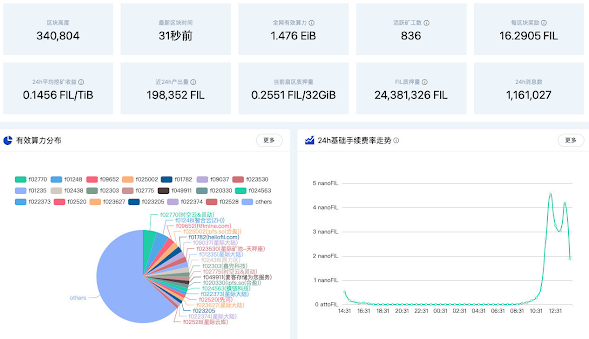 On October 11 this year, the State Council and the Ministry of Public Security organized a meeting to make arrangements and announced the launch of the "broken card" operation nationwide. The card-breaking operation is mainly to severely crack down on and rectify the illegal and criminal activities of illegal opening and selling of phone cards and bank cards.

Affected by the card interruption operation, the difficulty of withdrawing gold has increased a lot, and the miners have to pay electricity bills every month, which is greatly affected. According to official reports, there is no time limit for the card-breaking operation until the passive situation of the proliferation of two cards and the large number of two cards used in crimes is completely changed.

On November 13, 2018, the divergence of the upper limit of the BCH block size caused the BCH to fork, and the forked BSV wanted to engage in "unlimited blocks."

At the time of writing this article, the price of BCH is 310 USDT, and the price of the fork of BCHA is 19.5 USDT, which is less than one-tenth of the price of BCH.  For miners, it is good to be able to receive BCHA for free after the fork.

On December 1, the beacon chain of Ethereum 2.0 was successfully launched. As of the time of writing, in the contract deposit address of Ethereum 2.0, staking has accumulated more than 1.79 million ETH, and the current staking annualized rate of return is approximately 11.5%. 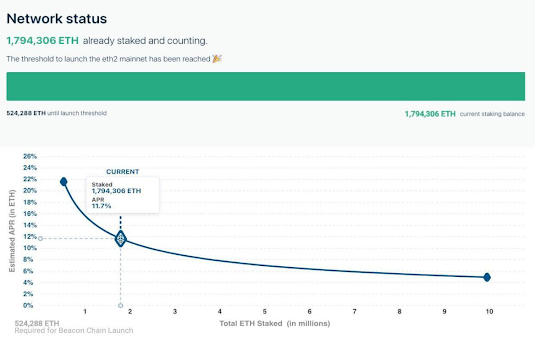 For miners, the biggest impact of Ethereum 2.0 is its PoS consensus mechanism.  Once the current Ethereum PoW chain is merged into the PoS chain, Ethereum miners can no longer mine ETH. However, miners do not need to worry about it at the moment. Because according to the estimates of veterans in the industry, Ethereum can mine for another one and a half to two years.

Even if the beacon chain is now online, it is still a good time to enter the Ethereum mining market.

In addition to Ethereum 2.0, Ethereum miners also need to pay attention to 4G graphics cards. According to the information provided by Spark Mine Pool, it is expected that after Christmas this year, the DAG file will exceed 4G. At present, some 4G graphics cards have been completed or are being expanded to 6G/8G. 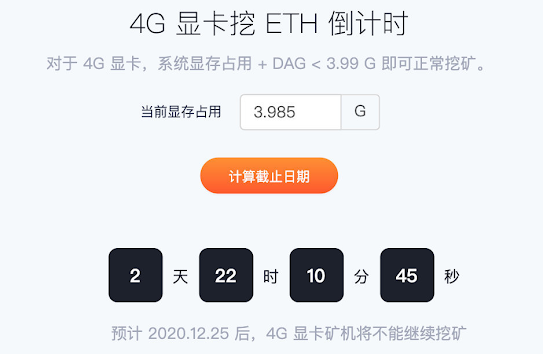 After the 4G graphics, card mining machine is eliminated, the whole network of Ethereum will fluctuate, which is worthy of our miners' attention.

In the article: where is the current bull market cycle & the upcoming mainstream currency skyrocketing, Lebit Mining Pool founder Jiang Zhuoer mentioned that BTC only broke 20,000 before it broke the previous high, and there was a lot of news and flow.

The blockchain market is often the quotation of hairtails. What is worse than having no fish is that a hairtail only ate a fish head. Of course, historically speaking, it is a pity that most people can not hold the currency, and they sold the currency early at some point in the bull market. Only miners, most miners, can eat the bull market from beginning to end. The reason is simple: you can not help but want to sell the coins that you have increased by 10-times, but the hen who keeps laying golden eggs in your hand (mine Machine), you certainly don’t want to sell.

Now that Bitcoin has broken through the previous high, I hope you have both mining machines and coins in your hands.