BTC may hit new highs during Christmas and bring surprises

Bitcoin's performance in late December is as stable as that of Taishan Mountain. Although many people in the market expect that Bitcoin will not reach new highs and fall during the Christmas holidays, we see that Bitcoin continues to be high and sideways this week. The incident still cannot have an impact on Bitcoin. Therefore, as the market anticipates the "holiday effect" adjustments that appear before the holidays, the currency circle is not expected to be too risky during this weekend. 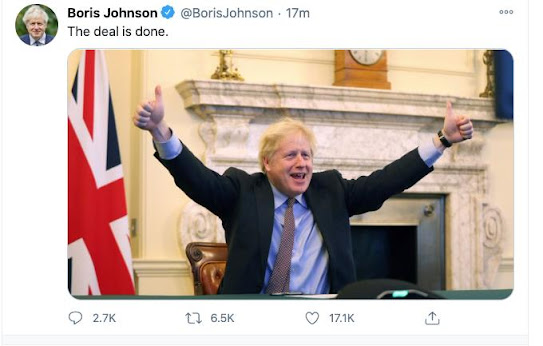 Thursday, December 24, is Christmas Eve, a traditional Western holiday. The Anglo-European trade agreement finally declared victory after nine months of difficult negotiations. At the same time, the conclusion of the trade agreement marked the complete departure of the UK, the second-largest economy in Europe, from the European Union dominated by Germany and France. The regional joint framework established after World War II was broken. And the relationship between the UK and its largest trading partner the EU, and other countries in the world entered New Era.

After the Brexit referendum on June 23, 2016, the United Kingdom ceased to be a member of the European Union from January 31 this year but agreed to continue to follow European trade, travel, and business rules until the end of 2020 to cooperate with the other 27 member states Negotiate more friendly terms of trade.

Zhuge talks about the coins

Yesterday, the price of Bitcoin rebounded again, approaching a high of 23,800 US dollars. Although there is still no breakthrough in the short-term market, as time goes by, time is exchanged for space. Under the overall stability of the trend as long as the short-term unfavorable factors are digested. The price will restart the upward trend and wait patiently for the emergence of new markets. 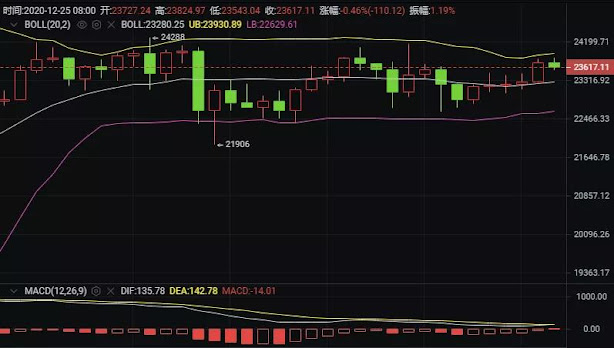 The price has remained sideways this week, and the Bollinger Band continues to close, leaving room for price fluctuations to become smaller and smaller. It is expected that the breakout market is getting closer and closer, and the unilateral market will be triggered at any time, as long as it stands above 24,000 US dollars. Usher in a new rising market. Pressure: 24000, support level: 22500.

Yesterday, it regained lost ground and returned to above the $600 mark. It is currently testing the top of this week's downward channel. As the 4-hour chart MACD turns to the golden cross, it is expected to reverse this week's weakness today, and the market with a long flip will appear. Pressure level: 590, support level: 560.

The price rebounds after reaching the bottom of the large range as expected, and the short-term price will continue to operate in the 3-4 range. From the perspective of the market outlook, as long as the price is not less than $3, the probability of future price breaks is greater. Pressure level: 3.60, support level: 3.00

It was supported again at the $100 mark, and the two tests of this mark received effective to support this week, which will weaken the strength of the bears. It is not ruled out that the bulls are expected to regain their confidence and hit the $120 high again. Pressure level: 110, support level: 100.

Yesterday, it bottomed out and rebounded. However, from a medium-term perspective, it is expected that the price will not return to the high level, and pressure will form between 0.4000-0.5000. It is not suitable to chase higher. Pressure level: 0.4000, support level: 0.3000.

In the short-term price rebound, pay attention to the strength of the short-term rebound. If the rebound cannot reverse the short-term trend this week, the market outlook will still face new downside risks. Pressure level: 306, support level: 280.