Since the birth of Bitcoin, one of the most popular nicknames is "digital gold." It is not Bitcoin's willingness. It is mainly people's understanding of new things. It is always necessary to link to familiar things to understand better. For example, the label born of the iPhone is not a "mobile internet terminal," but a "touch screen phone"; the same is true for 5G. Fast 4G", everything is better understood.

So after the birth of Bitcoin, how will people want to better understand it? Some people think of the word "digital gold," a great word that gives people who have never been in touch with Bitcoin the most preliminary understanding of Bitcoin: it is a new type of gold that exists on the Internet.

But the people who gave Bitcoin the nickname "digital gold" must have never imagined that Bitcoin could one day be on par with gold.

When many people are not aware of it, the total market value of Bitcoin has reached 1/10 of gold.

The current total market value of gold is about ten trillion dollars. 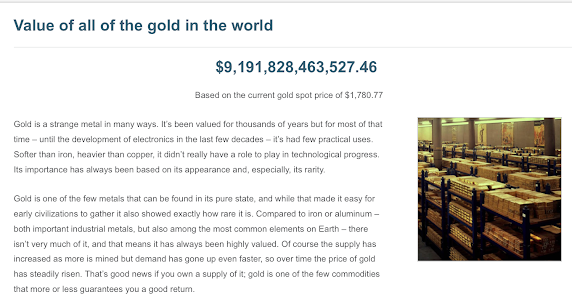 The total market value of Bitcoin is about one trillion dollars.

When Bitcoin rises to half a million dollars, Bitcoin is completely on par with gold.

Who could have imagined that Bitcoin, a new generation asset, only 13 years old, has been so close to the big brother for thousands of years? In the Internet age, everything is accelerating.

So why is Bitcoin the better gold? We have talked about this many times. It's more decentralized, more portable, more censorship-resistant, more fluid, etc.

Yesterday I saw a passage like this: Bitcoin is so powerful that the price of gold is holding back. How to say it, it's kind of ok. To use an analogy, it is also a concept of hype. Feedstocks are better than grain stocks. Because feed prices have risen, the price of eggs and meat will be affected. It is a problem of "not eating well,"  a problem of improvement, and alcohol as the same; but if the price of food rises, it is the problem of food and clothing, and famine is the "bottom line" problem. The same is true for gold, natural currency, authentic currency, and rising gold prices will embarrass the central banks that issue paper money indiscriminately. And Bitcoin, please feel free. The market is the hardest to talk about politics.

There is still another major benefit of Bitcoin that needs to be obtained in the future, and that is to be allocated by the National Central Bank.

Of course, this is not so easy. However, the central banks do not have enough gold as reserves. If it can be transferred to a new asset, is it equivalent to opening a "new server" and issuing a lot of currency?

However, the current currency is mainly based on credit, and anchoring assets is not that important.

Can gold fight inflation? Judging from the past ten years, the past five years, and the past year, gold is inferior to Bitcoin. 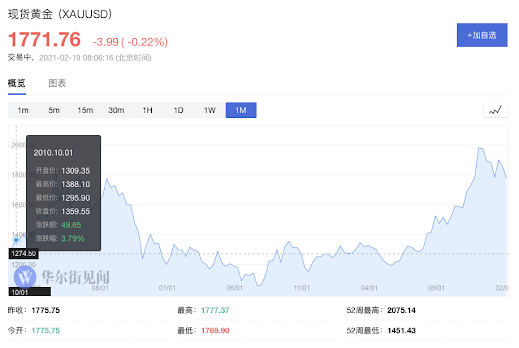 Golden ten years ago, 1300, now 1700, this thing has not risen as much as the price of the buns downstairs. How can it resist inflation?

As we all know, our biggest hope for the next technology company to buy Bitcoin is Apple, followed by Amazon and Microsoft. No matter which it is, it is a huge feast for Bitcoin.

And now that the soul of Microsoft has changed his views on Bitcoin, and said it publicly, then all this is worthy of fun.

I hope in the next ten years, I can see that the top ten technology companies embrace Bitcoin and that Bitcoin is truly close to the market value of gold.