How to Choose A Suitable Replacement for the Bitcoin Mining Rig Chip?

Since the birth of cryptocurrency, people have begun to use all kinds of equipment to mine, from the simple preference at the beginning to the later profit, and use it as a profession. From desktop computers, laptops, tablets, mobile phones, GPUs to professional ASIC miners, people have been trying more efficient mining methods. Finally, GPU miners and ASIC miners have become the main tools for mining cryptocurrencies with highly high hash rates and energy consumption ratios. Among them, ASIC miners have a share of about 70%. It is a huge market, including manufacturers, sellers, miners, and maintenance personnel. The ASIC miner concentrates a large number of ASIC chips on a circuit board. Its name is "Hash Board." Depending on the model, a hash Board will load dozens of ASIC chips. They are similar to those of a computer. The CPU is responsible for calculating the hash value in the blockchain. A mining machine usually contains three hash boards and has dozens or hundreds of ASIC chips. Depending on the miner's model, the ASIC chip used will also be different, and many repairers have doubts about the chip model. Today, we will take Antminer as an example to introduce some problems related to the classification and adaptation of ASIC chips. 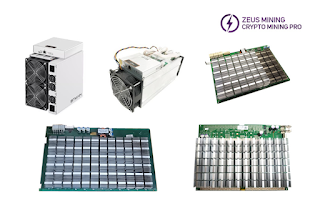 We know that the chip will generate heat during operation. With long-term, uninterrupted operation, the temperature will rise. Excessive temperature will easily cause the chip to fail or be damaged. At this time, we can only replace the damaged chip to allow the miner is working normally. After we remove the ASIC chip, its surface is usually covered with a layer of solid thermal conductive glue or solder paste. At this time, it will be difficult for us to distinguish the chip model. 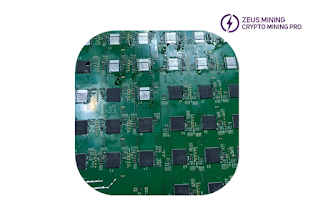 Besides, when people order spare parts, they may not distinguish the corresponding ASIC chip models correctly, and the inventory of some models is already minimal. The market may be out of stock at any time. Therefore, we need to use other types of chips instead. After testing and verification, we found that some different types of ASIC chips can replace the original chips. For example, Antminer S17 can share three types of ASIC chips. Now, we will post the verified results in this article so that the repairer can find the correct ASIC chip as soon as possible and accurately. 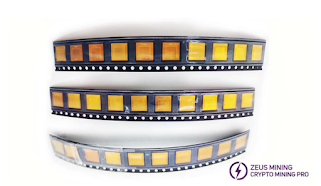 First, we take BM1387B as an example. Its original applicable miner models are Antminer T9+ and S9, S9i. After testing and verification, we found that it is also suitable for S9j and S9k and can run well after replacement. 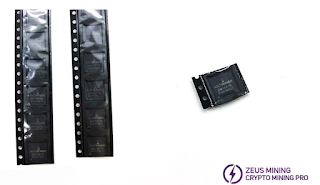 Then, we tested Antminer S17, S17+, S17pro, T17, and T17+ hash boards, respectively. We found that these types of hash boards can mix the following three types of ASIC chips: BM1397AG, BM1397AI, and BM1397AD. It should be noted that the number of mixed-use of each hash board should not be too much. Usually, it is no problem to replace 5-6 different types of ASIC chips. It is beneficial when the ASIC chip resources are insufficient! Therefore, if your miner is of the above models, you only need to purchase one of the three chips. 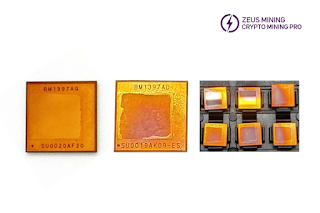 We have rearranged Antminer's chip comparison table for reference:

August 19, 2020
How to repair antminer T17 Hashboard and repair guide manual download This version contains the basic circuit schematic diagram and chip signal direction and voltage introduction We currently publish in Chinese and the English version will be released soon Basic overview: Antminer T17 single hash board uses a total of 30 hash chips, the model is "BM1397", and the signal direction is sequentially transmitted from U1 to U30. Signal direction: "CLK / CO / BO / RST", transferred from U1 to U30, "RI" is transferred from U30 to U1 It also passes 5 test points for testing and maintenance The five test points are: CLK-CO-RI-BO-RST (Please note: The location of the test points in different voltage domains are also different, please refer to the picture notes) For notes and instructions on the test points, please see the following articles: The whole board has 30 chips, divided into 10 voltage domains, and each voltage domain contains 3 chips For the description of
Post a Comment
Read more