How to check and repair the resistance?

After some fixed resistors are open or their resistance increases, their surface will have apparent changes such as cracks, pins disconnect, or blackened color. At this time, we can use an intuitive check to confirm whether they are good or bad. If the appearance of the suspected resistor is normal, you need to test it with a multimeter to determine whether it is normal. Measuring resistance with a multimeter is divided into two methods: in-circuit detection and non-in-circuit detection. In-circuit detection is to directly measure the resistance of the suspected resistance on the circuit board to determine whether it is consistent with the nominal value. Non-in-circuit measurement is to measure the resistance after removing the resistance from the circuit board or suspending a pin.

(1) First, write down the nominal value. If it is a color ring resistor, first find out its resistance value according to the color ring. If you don't know the nominal resistance of the resistor under test, when you use a multimeter to measure the resistance of the resistor, you don't know whether it meets the requirements of the circuit. For example, if you measure the resistance of a resistor to be 100Ω, if there is no reference value, is it qualified or unqualified? Is it larger or smaller than the standard value? The resistor tested this time is the color ring resistance. The color circle sequence is brown, black, brown and gold. That is, its resistance value is 10*101Ω, and the allowable deviation is ±5%. 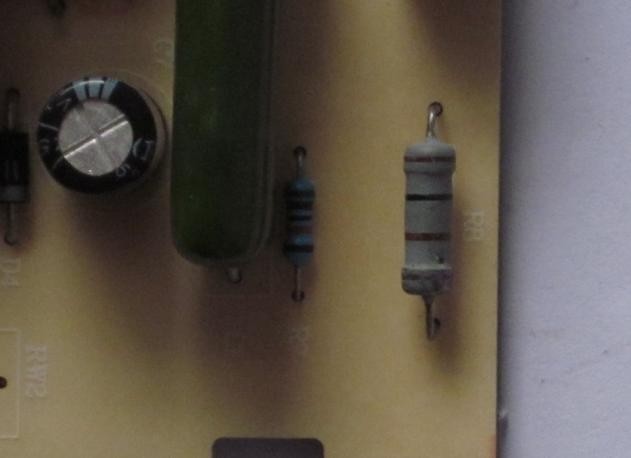 (2) Clean up the dust on the resistor pins. If there are rust stains, it is best to polish them with fine sandpaper or affect the measurement results. If the surface does not seem to be a big problem, wipe it gently with a paper towel. Do not use excessive force to avoid breaking off the resistor pins.

(4) Turn on the power switch of the digital multimeter, and then put the red and black test leads of the multimeter on the pins at both ends of the resistor, without considering the polarity, observe the value displayed by the multimeter, then record the measured value, exchange the test leads and test again. 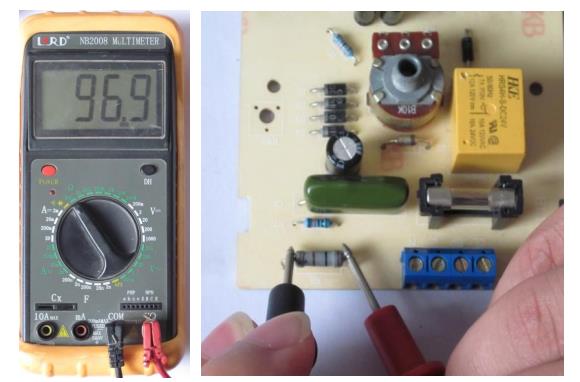 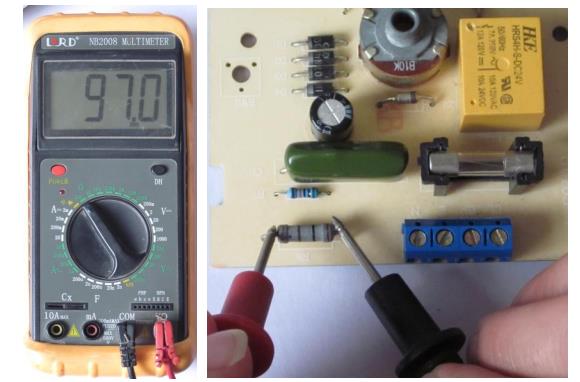 The measurement twice is to shorten the influence of the components in the external circuit on the resistance value of the resistance to be measured. Take a larger value as a reference, here "97Ω". This value is very close to the nominal resistance of 100Ω, so it can be concluded that the resistance is normal.

Note: If the reference resistance value you measured is greater than the nominal resistance value, you can conclude that the resistor is damaged; if the measured value is much smaller than the nominal range, you cannot be sure that the resistor is damaged at this time, because there is still It may be caused by interference from other components in the circuit to the measurement. At this time, it is necessary to use the open-circuit measurement for further detection.

If you are using an analog multimeter, you need to adjust the zero after selecting the range. Connect the two test leads, and the resistance value displayed at this time should be zero. If the pointer is not on the zero mark, adjust the zero adjustment knob at the bottom of the dial to make the needle stop at the 0 mark. 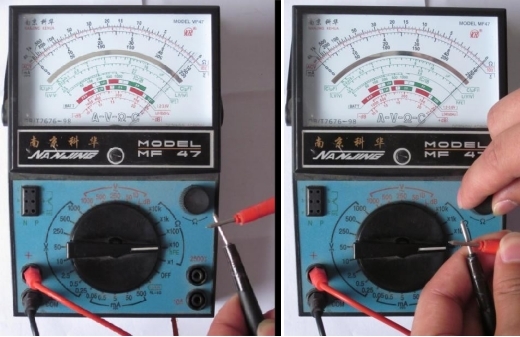 The in-circuit measurement method of chip resistors is as follows: 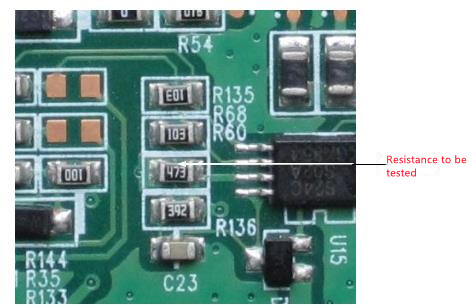 (2) Clean the dirt off each pin of the resistor to be tested. If there are rust stains, you can also use fine sandpaper to polish it, or the test results will be affected. If the problem is not serious, wipe it gently with a paper towel. Do not use too much force when wiping to avoid damage to the resistor.

(3) After cleaning, the measurement can be started. Adjust the range of the multimeter according to the nominal resistance of the chip resistor. The nominal resistance of the tested chip resistor is 47 KΩ, and the range is selected at 200K as required. Insert the black test pen into the COM hole and the red test pen into the VΩ hole.

(4) Put the red and black test pen of the multimeter on the solder joints of the two legs of the chip resistor respectively, observe the value displayed by the multimeter, and record the measured value as 46.5. 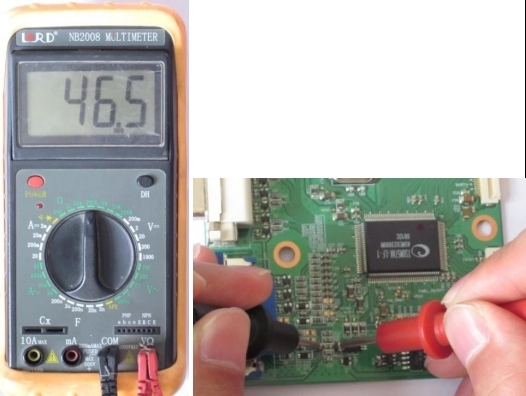 (5) Next, swap the positions of the red and black test leads, measure again, and record the value of the second measurement as 47.1. 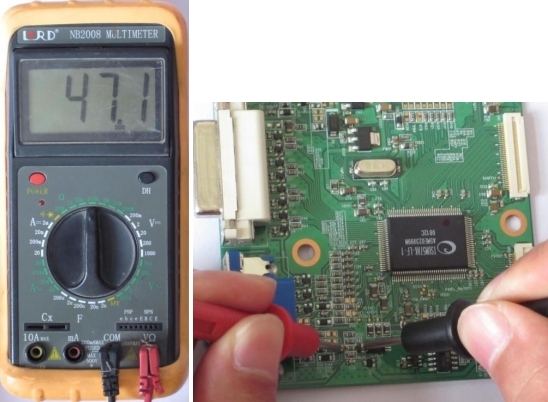