How to calculate the residual value of miners? Where do the scrapped miners go?

How to calculate the residual value of miners? Where do the scrapped miners go?

Perhaps the most embarrassing thing in the current market is the Antminer S9. If the price of Bitcoin rises a little bit, most of the Antminer S9 can be turned on and continue to use the waste heat; if the price continues to fall, except for the large miners who fill the load or self-built mines and have an advantage in electricity prices, most retail Antminer S9s will Shut down.
After the miner is shut down and off the shelf, how much can the miner sell if you want to sell the miner? Where will the miners who have ended their economic life eventually go?

ASIC miners’ chips are customized and can only mine coins with fixed algorithms. For example, SHA-256 miners can only mine BTC, BCH, and BitcoinSV.
The scrapping of ASIC miners is a long process. When the mining output cannot cover their electricity expenditures, these miners flow from small miners and retail miners to large miners who have advantages in electricity costs. Large miners still benefit from low electricity costs. At this time, the miner's residual value is relatively high.
Take the Antminer S9 as an example. Now the residual value of S9 is about $16-40. This price is supported by some large miners who have the advantage of electricity bills that are still willing to buy. They can also dig until the end of the rainy period (in the currency, the price does not rise, and the mining difficulty remains stable).
When the electricity expenses of the big miners far exceed the mining output of the miners, these miners can only be scrapped and sold as hardware. Generally speaking, a scrapped ASIC miner hardware can be sold for about $4.7, and the miner will be disassembled after it is recycled, and the precious metals in it can be extracted and reused. 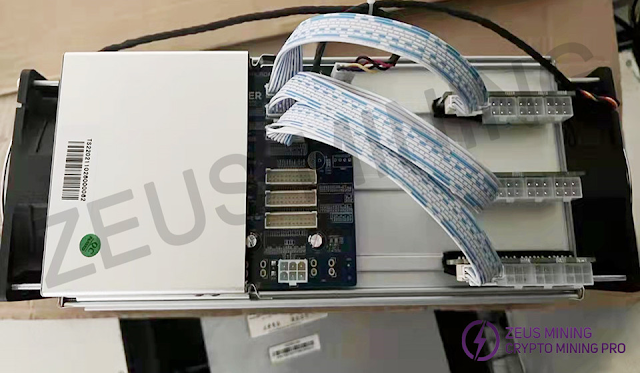 2. The residual value of GPU miners

Although Bitcoin has entered the era of ASIC miners after experiencing CPU miners, GPU miners, and FPGA miners, the mainstream miners of some minor currencies (such as anonymous coins GRIN and Monero XMR) are still GPU miners.
The residual value of GPU miners is mainly on the graphics card. The mainstream GPU miners use A card or N card. A card refers to AMD's graphics card, and an N card refers to NVIDIA's graphics card.
A typical "mining card" for card A is AMD RX 460/470/480/570. After these "mining cards" are eliminated from the miners, they will enter the consumer field, such as being sold to Internet cafes, game players, or companies that need to process a large number of graphics and images. After the refurbishment, these mining cards can still be sold for 60% to 70% off the new card's price.
The more famous N card is P106-100, which has no hardware image output port, so it is called a "pure mining card" by many people in the industry. After this graphics card was eliminated from the miners, its residual value was almost zero.
Mainstream GPU miners generally have 6 or 8 cards, so most of the residual value of GPU miners is on the graphics card.
In addition to the graphics card, the remaining parts of the GPU miner (motherboard, CPU, etc.) are called "platforms" in the industry, and these "platforms" are universal. So, for example, if the N card is scrapped, a GPU miner equipped with an N card, the platform can still be reused, and an A card or a new N card can be assembled. The residual value of the "platform" is generally between $78 and 157.
In addition, let's talk about FPGA miners. The FPGA miner can be regarded as a transitional product before the emergence of the ASIC miner. It encapsulates a large number of logic devices in a box. The user determines how to connect the logic components in the box (programming). The residual value of FPGA workers is similar to that of ASIC miners, and only the precious metal materials can be extracted after recovery.